The RCBD is the most robust design for field experimentations in coconut.  In this study the effect of neighboring palms to control local variation in field experiments of coconut was evaluated using two long-term coconut trials. Four types of spatial models are suggested to consider the spatial effect due to neighboring palms and the use of such models is illustrated using two long-term field experiments.  When data were analyzed separately by years or using repeated measures analysis, significant percentage reduction of CV was observed in all four spatial models relative to the RCBD model without covariates as well as pre-treat data as covariate irrespective of the experiment. Inclusion of the mean of two neighbouring palms in N-S or E-W direction as a covariate was clearly superior to the RCBD without covariate as well as pre-data as covariate when data were analyzed separately by years.   Inclusion of the mean of four neighbouring palms in N-S and E-W direction as a covariate was superior to repeated measures analysis in reducing local variation, irrespective of experiments. It is recommended to include effect due to neighbouring palms when analyzing field experiments in coconut. The methodology can be applied to other tree crop experiments as well.

Abeywardena, V. 1970. The Efficiency of Pre-Experimental Yield in the calibration of Coconut Experiments. Ceylon Cocon. Quart, 21: 85-91. 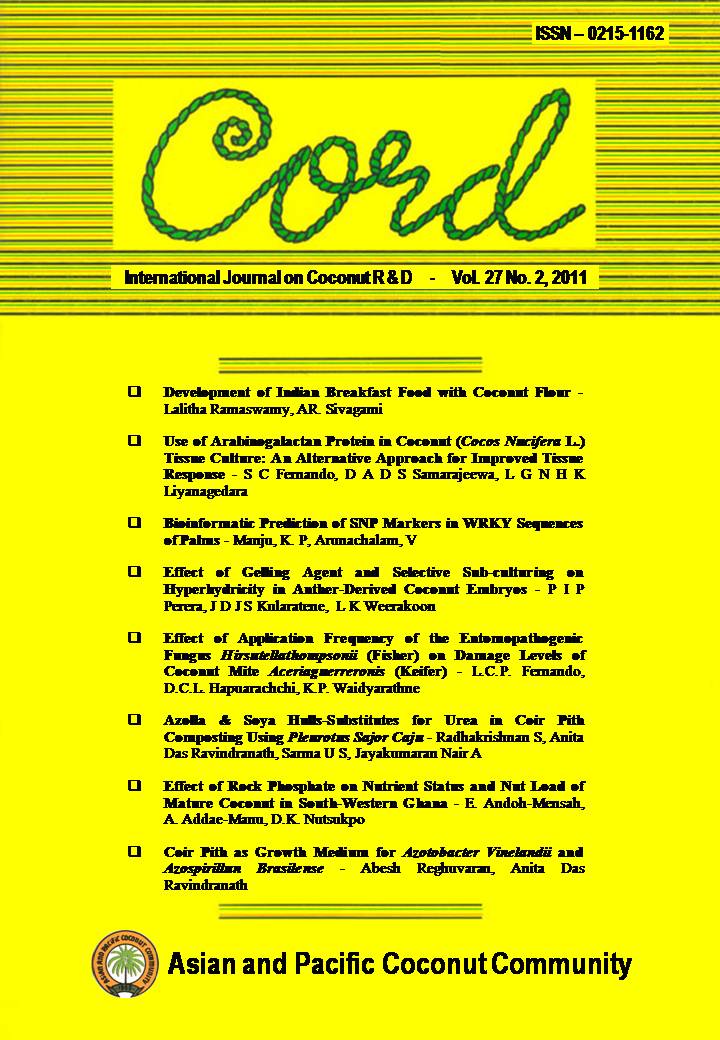