In all sites the application of inorganic fertilizers (both lower and higher levels of ammonium sulfate + KCl or NaCl) produced significant increases m nut yield, copra weight per nut and copra per tree but lowered soil pH. These increases in Yield, copra were closely associated with the correction of N and Cl deficiencies of the palms. The most profitable treatment was the lower inorganic fertilizer level followed by treatment where ammonium sulfate was substituted with organic fertilizers (organic + KCl or NaCl). A commercial organic Sagana 100 fertilizer either applied singly or in combination with inorganic Cl proved argonomically effective but its prohibitive cost made it uneconomical to use. Apparently organic fertilizers which are available in the farms and are much cheaper proved economical but need to be combined with Cl to be effective. 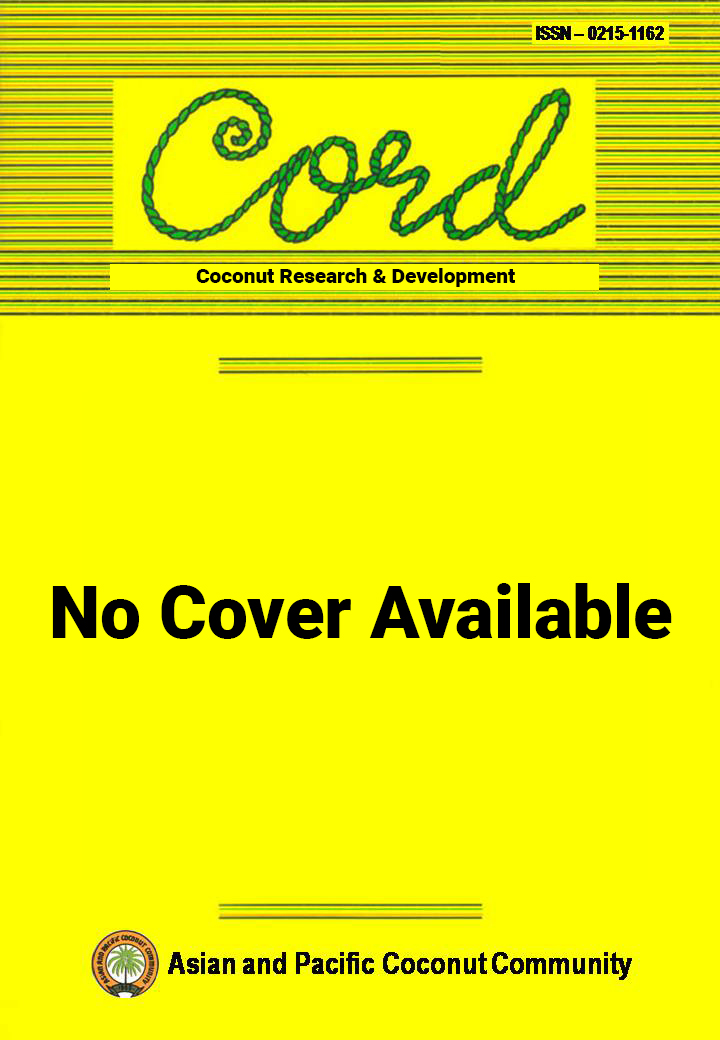