This work deals with the surface modification of Coir fibre through graft copolymerization process. Graft copolymerization of methyl methacrylate (MMA) onto coir fibre was carried out with Potassium per sulphate (PPS) as an initiator under the catalytic influence of Ferrous ammonium sulphate (FAS) in aqueous medium. Control and grafted coir fibres were subjected to evaluation of properties like tensile strength, flexural rigidity, density, water absorbance and light fastness studies. It was observed that MMA grafted coir fibre shows more resistance towards water and light fastness when compared with that of control coir fibre. Further morphological, structural changes and thermal stability of control and grafted coir fibre have also been studied by SEM and TGA techniques. For statistical significance the Analysis of variance (ANOVA) were studied and the P values obtained were less than 0.05 which revealed that the value was highly significant for the improvement of physical properties on coir fibre by graft Co- polymerization. 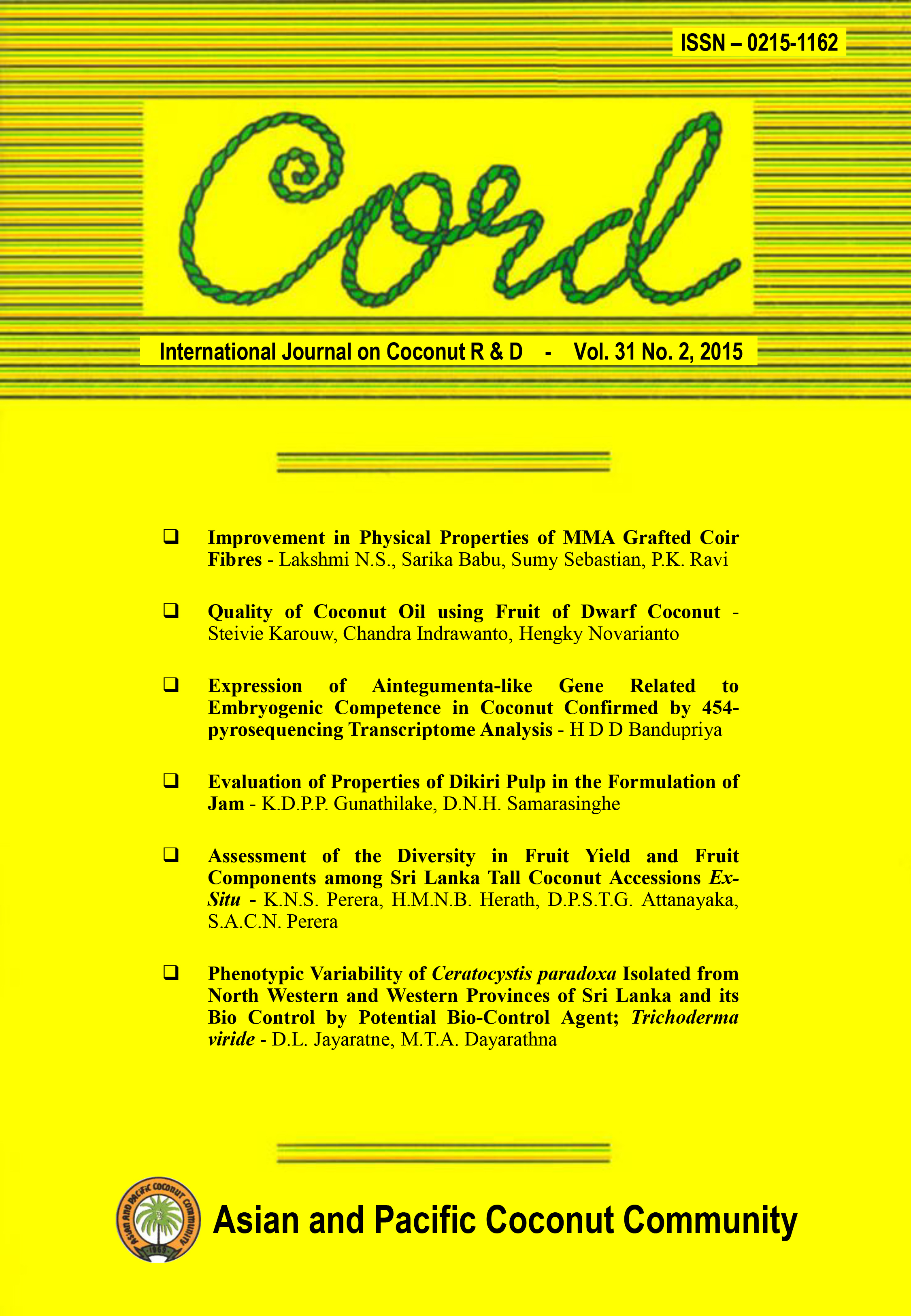