An embryo cultured Makapuno (ECM) production scheme which is simpler, faster and more low-cost than the current protocol has been developed. With improvements in the ex vitro establishment environment, the cut-off age for in vitro stage of seedlings before they can be transferred to soil has been lowered from 7 to 4 months resulting in a  shorter ECM production cycle from 13 to 10 months.  The improvements simplified the current ECM production technique by doing away with several complicated in vitro cultural practices and ex vitro establishment steps.  Overall, the new ECM production scheme lowered the cost of production resulting in more affordable ECM seedlings for the farmers.

Financial analysis of a 10 year ECM seedling production venture projected much higher Internal Rate of Return, Benefit Cost Ratio and Net Present Value as well as shorter Payback Period with the use of the new ECM production scheme.  With the new scheme, the break-even prices using marginal and full-cost operations were approximately 4 to 8 times lower than the current selling price for ECM seedlings. With these results, it is expected that more entrepreneurs will take up the technology for commercial production with a consequent massive planting of ECM and greater production of Makapuno in the country. 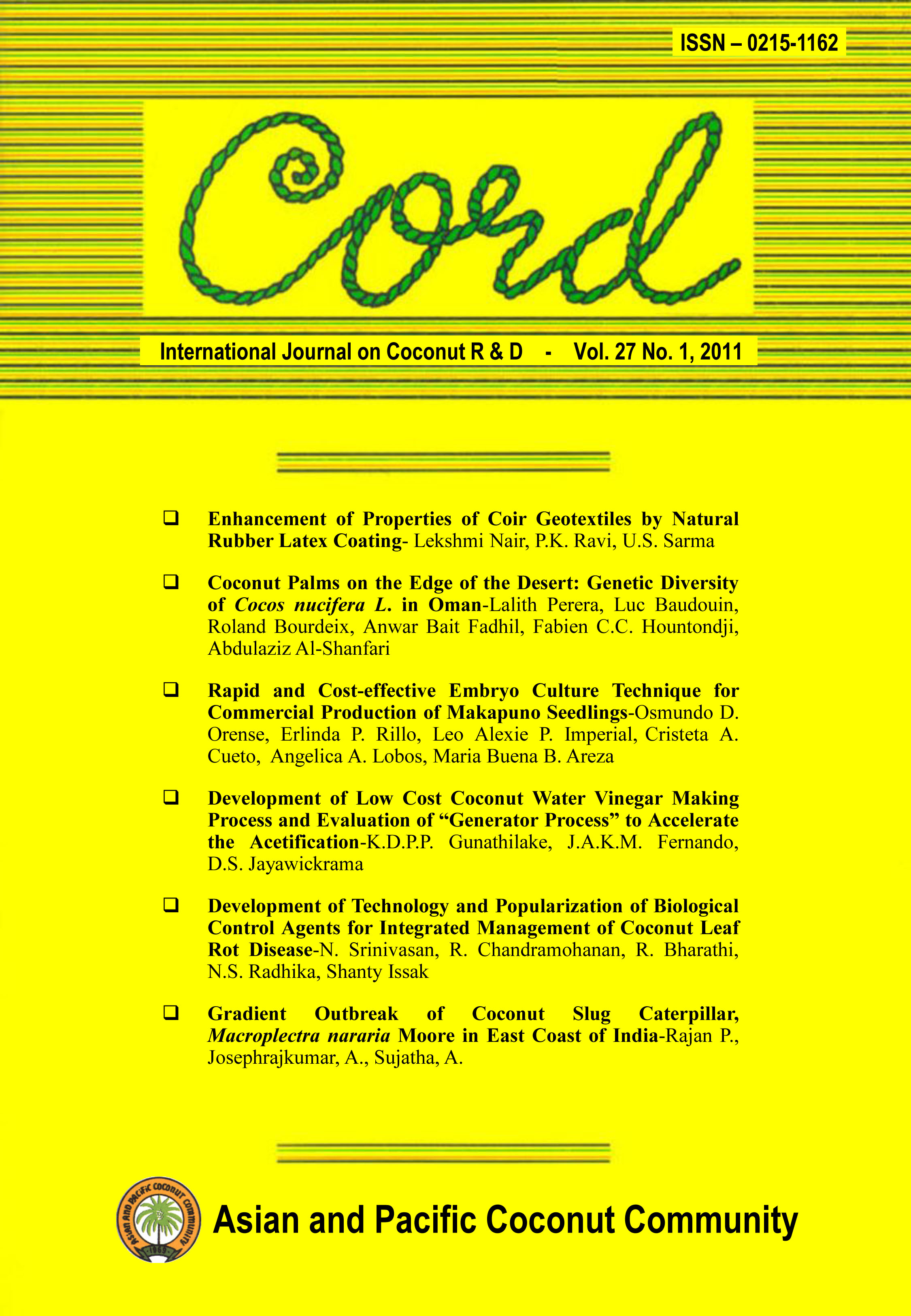