Novel uses of Makapuno mutant coconut were explored. The focus was on the endosperm, which is rich in galactomannan as compared with that of the normal coconut. Galactomannan, also referred to as gum, is a non-starch polysaccharide that can vary in physicochemical properties depending on the plant source. The galactomannans available in the market are imported and sourced mostly from temperate leguminous plants.

An inexpensive, large-scale method of isolating galactomannan from waste Makapuno liquid endosperm was developed. The powder produced could be classified into different grades according to purity, fineness, color and whether it is food-grade or not. It has the functional properties of a thickener, binder, extender, gelling agent, emulsifier and stabilizer.

To showcase the use of Makapuno galactomannan as a plant-based biopolymer and a hydrocolloid material, several formulations were tried and tested to come up with products such as biodegradable or edible film, jelly, hand and body lotion, and even electrophoresis gel. However, they have to be further improved in terms of quality, shelf life and safety for commercialization to be considered. Other prospective applications of Makapuno galactomannan are discussed. 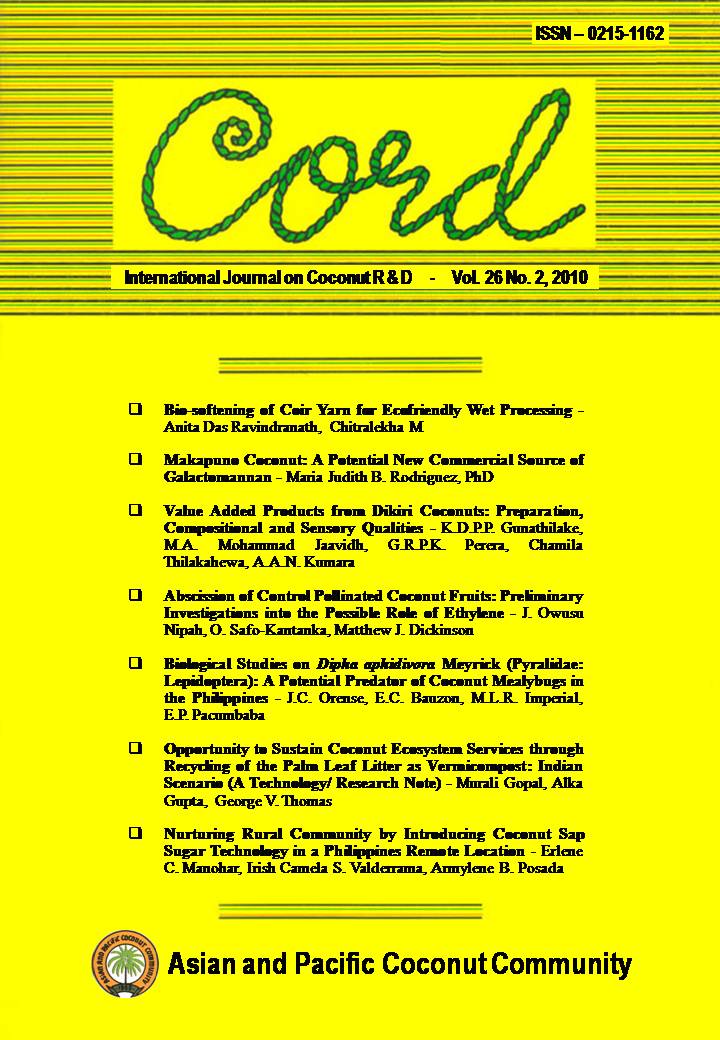