Sustainable Development and Application of Bio – Energy in Coconut Plantations

One hectare of coconut land (156 palms ha-1) planted with gliricidia (2250 trees ha-1 into double rows in avenues of coconut), available natural pasture and outside supplied paddy straw coupled with six buffaloes were mixed into a farming model to examine total productivity and potential of green energy production by wood and biogas.  Six buffaloes were maintained in a shed and the manure was collected for biogas generation. Biogas was purified from H2S and the bio fuel was used to run a 0.75 hp engine. Wood of gliricidia was used to energize a 3.5 kW gassifire-engine system for generating electricity.

Soils of the model were enriched by adding the effluent of biogas digester. The soil fertility (N, P, K, Mg, moisture holding capacity) improved significantly over soils sampled outside the model. The effluent of biogas was more fertile than dried buffalo dung. As a result, nut yield of coconut palms increased from 30 to 60 nuts palm-1 year-1 over a period of two years.

In green energy production, the dung of six buffaloes passed through a 0.5 kW biogas-engine system generator produced 2 kwh of electricity per day which if generated by diesel driven generator would require 0.9 liters of diesel. The annual generation of electricity from the biogas amounted to 700 kwh. On the other hand, gliricidia wood of one hectare of coconut land was sufficient to energize 3.5 kW gassifire – engine – generator set for 1600 hours/year and this was equivalent to 5000 kwh of electricity (kWh). Thus, one hectare of coconut/gliricidia/natural pasture/paddy straw with six buffaloes was able to produce green energy equivalent to 5700 units of electricity (kWh) or 2,565 liters of diesel, in addition to farm income derived from coconut, buffalo milk and other benefits of buffalo farming. The total return (coconut, selling of calves, buffalo milk and bio fertilizer) added up to Rs. 704,070 ha-1 year-1.  The feasibility of this model for adoption by small farmers of the coconut triangle in Sri Lanka is presented on the basis of this study. 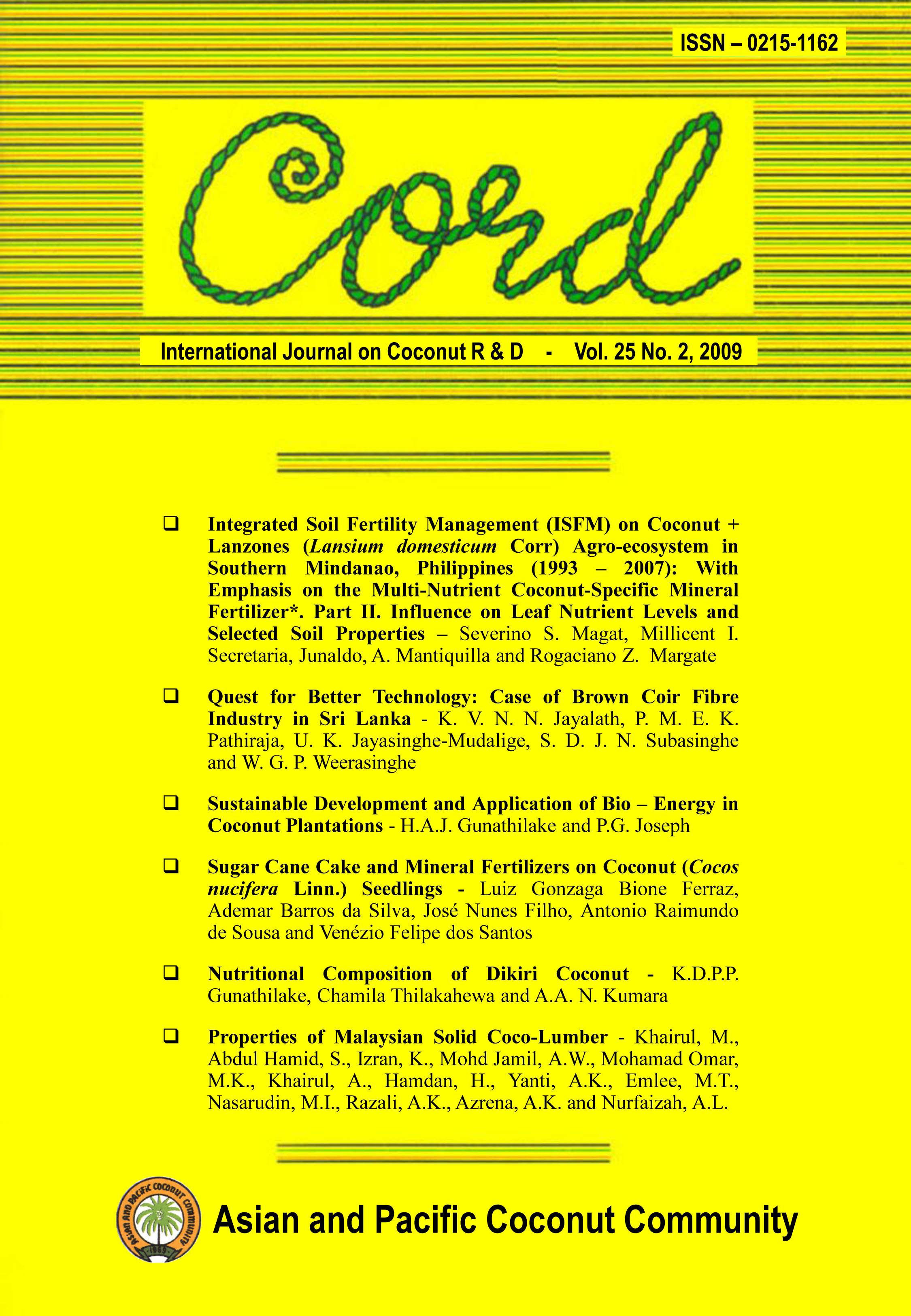