Status of Coconut Farming and the Associated Challenges in Kenya

Coconuts (Cocos nucifera) have been grown in Coastal Kenya for many centuries and are an integral part of the farming systems in the region. Over 80% of the coastal farm households derive their livelihoods either directly or indirectly from the coconut tree that is considered as both cash and a food crop. The coconut tree on the other hand has a tremendous potential of helping Kenya’s poor in the coastal region and the rest of the country due to its multi-purpose uses that can be strategically harnessed to generate employment and income, reduce edible oil imports and generate foreign exchange for the country. The tree population stands at 7.5 million palms. Nut production is however very low (a minimum of 30 nuts per tree per year) owing to a number of challenges that include high incidences of pests and diseases, poor agronomic practices, low quality planting materials and a narrow genetic base. In order to address the major challenge of coconut pests, a baseline survey was undertaken in the major coconut producing counties of coastal lowland Kenya, targeting the smallholder coconut farmers. A total 170 farmers were interviewed using a structured questionnaire. A literature review was also conducted to contextualize and benchmark findings of the survey. Results showed that the rhinoceros beetle was the major pest on coconut trees, causing damage of up to 80% of the palms. The Coreid bug (Pseudotheraptus wayi) and the Eriophyid mites (Aceria guerreronis) were the major nut destructive pests with a resultant nut loss of 30% and 40% respectively. The study stresses the need to address the challenges posed by pests and diseases on coconut by adopting the Integrated Pest and Disease Management (IPDM) practices. 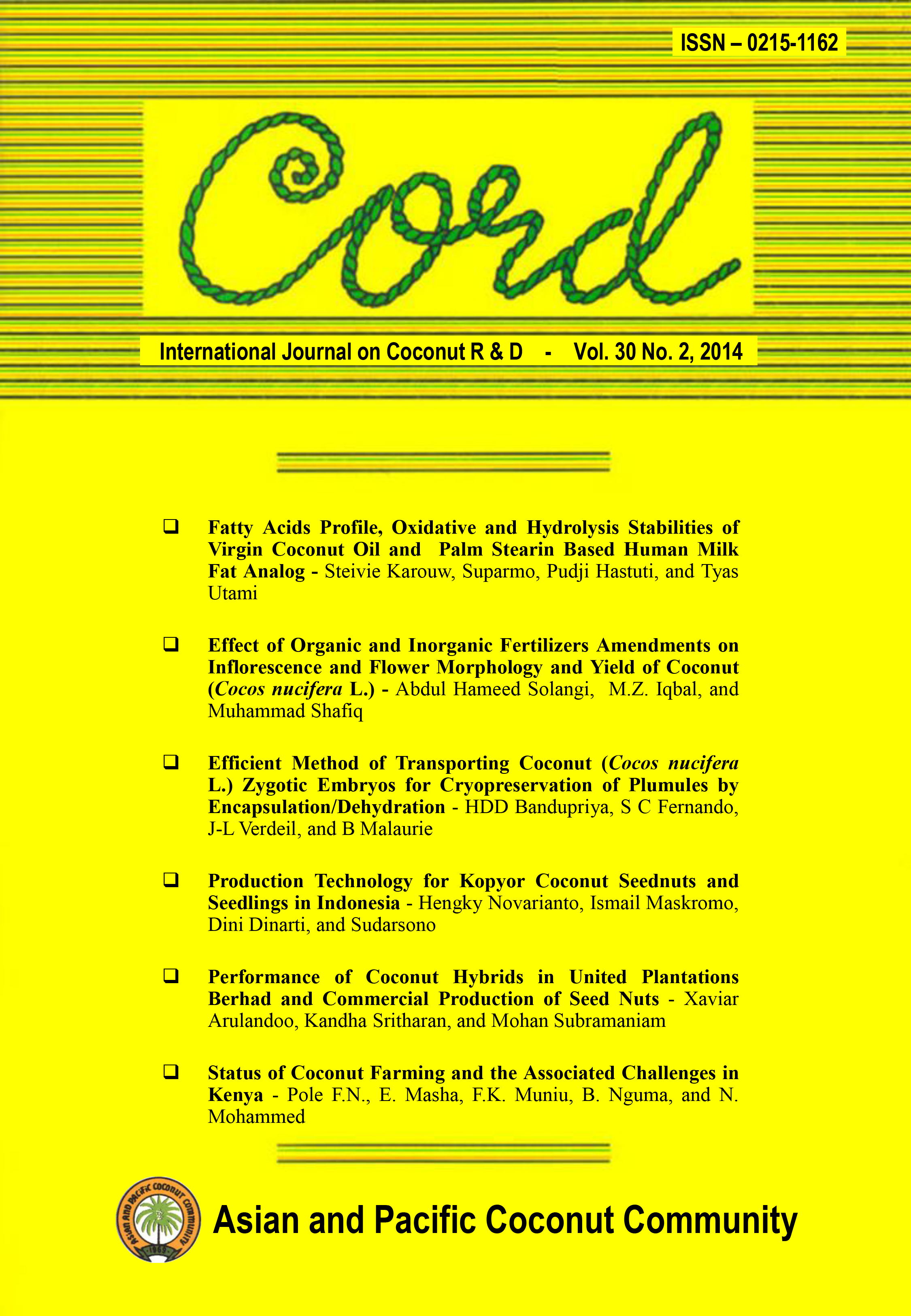